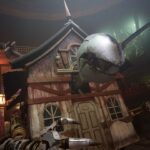 In Final Fantasy 7 Remake, you'll fight a redesigned version of one of the strangest bosses from the original: Hell House. You'll be fighting Hell House at the end of Corneo Colosseum, and you'll need to use Materia carefully to take it down. In this guide, we'll show you how to defeat the Hell House in Chapter 9 of Final Fantasy 7 Remake. HELL HOUSE BATTLE INTEL AND … END_OF_DOCUMENT_TOKEN_TO_BE_REPLACED 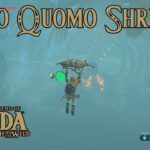 How to Find the Quomo Shrine: To Quomo is located northwest of Hyrule, in the Hebra Tower District. It's actually underground, in the Hebra Great Skeleton, but you'll find the southeast entrance from there, near the eastern edge of the Hebra North summit. Look on the map for a small square of water near some trees. (Browse the gallery below for the exact location.) How to get … END_OF_DOCUMENT_TOKEN_TO_BE_REPLACED 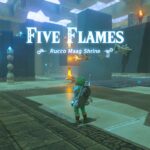 Rucco Maag Shrine is located in the east of Hyrule, in the Lanayru Tower area, southeast of Lanayru Tower. To solve the puzzle, you need to activate the switches so that each flame lights up in the floating cube in the middle. It's a rather complicated process so we made a video for you. This is the arrangement written (all directions assume you are standing in front of … END_OF_DOCUMENT_TOKEN_TO_BE_REPLACED 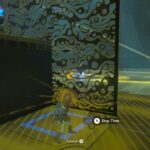 The Ishto Soh Shrine is located in the southwest of the Lake Tower (to the east of the border with the Wastelands Tower District). When you go down to the main floor, take a second to look around the shrine. In front of you is a moving platform, a control crystal, and some stone pillars leading to the treasure chest. Behind you, where you started, is a laser and another … END_OF_DOCUMENT_TOKEN_TO_BE_REPLACED 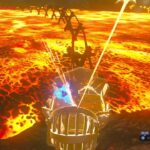 How to find the shrine of Shura Haha The Shora Hah Shrine is located outside of Goron, on Mount Death, in the northeast of Hyrule. It's also among Breath of the Wild's most complex attractions. How to solve puzzles and find all the treasure rocks in the Shura Shrine huh Use the magnets to lift and walk down the cogwheel blocking your path. Turn left, go up the ladder, and … END_OF_DOCUMENT_TOKEN_TO_BE_REPLACED